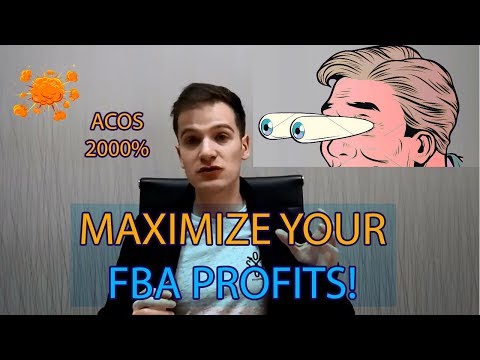 What is going on guys welcome to today's AMAZING video on Amazon FBA product research and advertising pay per click so i wanted to cover a Topic that i've been seeing a ton of people, ask, about in the facebook group and i wanted to make a video About it just to help you guys out so you can, better manage your amazon, fba business so let's say that's how You, use either jungle scout or viral launch to find a perfect

You how, to take that two thousand dollar investment Into five to ten thousand, and the first month and i'm hopefully gonna create that And take it to thirty to fifty thousand A month within the first four to five month period so i think that's, gonna be super advantageous for you Guys especially you Want to see you know How, to target proper keywords, how To, make, sure it's profitable and in this case i think it will be very beneficial for you Guys Because i'm gonna start with a lower investment, which most people do when they're starting their amazon, fba so you, guys can, see the whole business behind fba of how to Exponentially grow that business into a six-figure a month business So let me know, what you think about today's video do you think in your case a higher a-class might make More sense for you or would you agree with, me that Making, less sales per day for keeping Your profit margins super, high is The, better option i'm curious to know, what you guys think and you know if you have any comments or questions please Make, sure to post down below and if you are, new, to this channel, make sure to hit that thumbs up button And subscribe and i can't wait to see you guys on the next video

Start using Paid Advertising for a Happy New Year for 2018