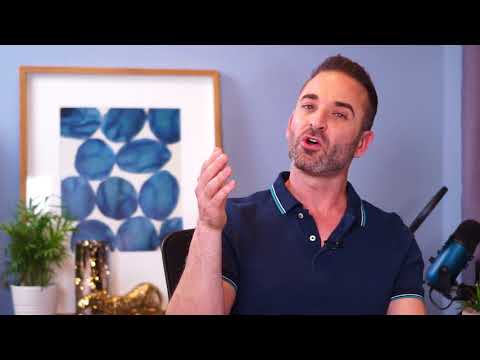 – Welcome to the third and final video in this three-part video series about building your list to over 100,000 subscribers, based on hard earned lessons that I've learnt from building my list to over 100,000 subscribers And in this video I'm gonna address a number one concern many people have, which is people may be opting in to your email list, but people aren't actually buying after that

There's a couple of reasons why this, in fact, may be occurring So let's take a quick look at them right now Number one, poor sales funnel design Everyone is talking about sales funnels these days They've been talking about it for a number of years now

So, what is a sales funnel? Well, it's pretty simple, like we've discussed in the last few videos, we've talked about having an opt in page, and some kind of lead magnet on offer to get people to opt in and to subscribe to your email list, and then put them into a email nurture sequence where you follow these individuals up with consistent email messages that are directly relevant to the opt in that they initially went through in the first instance When it comes to poor sales funnel design, it's not just about the emails that are being sent out in the back end, it's also about retargeting these individuals via Facebook ads, even YouTube videos, as well as Google AdWords So it's overly dangerous to simply just rely on your email followup sequences, ensuring that they're actually hitting the inbox, and they're not going to spam, or they're not going to the promotion tab in Gmail While email still returns one of the highest ROI's of any marketing platform, and yes even more than Facebook advertising, we still need to ensure that we don't have one single point of failure in the business And that single point of failure might be over relying on that particular campaign itself

So yes, we need a well built sales funnel happening in the background, an email nurture sequence, but how does that actually tie in directly to retargeting campaigns, that follow that nurture sequence along through Facebook ads, Google, or YouTube like I suggested By closing those gaps, you'll get far more people converting after they've actually opted into your campaigns Secondly, what about those individuals that actually start typing in their credit card and filling out the auto form? Or they just visit the auto form, but they don't actually buy, they kinda click out straightaway Well there's a couple of things that you can do to really maximize your profit margins And this has been one of our keys to generating well over a million dollars in sales in a little over 12 months, and getting 20,000 plus students through our online courses in the last year alone

By focusing and addressing abandoned shopping cart issues, people bouncing off of that order form and simply not buying You can more than double your profit margins and suddenly make appetizing campaigns that aren't profitable, profitable So if you're gonna spend the money to get someone to opt in via the lead magnet, you set up a Facebook ad, you drive then to opt in, they opt in but they never buy And you never follow them up, if they've hit that order form and didn't buy then you're going to be losing out on a hell of a lot of money There's simple ways that you can do this, is of course you can re-target individuals through Facebook advertising that hit the landing page and say, hey, did life get in the way, your order is still waiting for you

You can also set up email campaigns that are triggered within a certain period of time if people haven't purchased And there is some interesting research around this and this is something that marketers have tested to the nth degree And it shows that if you follow up someone with an email after they haven't purchased, saying, hey, your order is still waiting for you, within less than 10 minutes, then that can double the amount of people actually going back and finalizing that transaction If you wait 20 minutes, then that conversion rate drops even lower So although as a business owner, you may think that that's far too aggressive, I'm really gonna challenge you here, because the statistics show that people clearly don't mind it

In fact, a lot of people enjoy that reminder, it's that one thing that's pushing them across the line, without being overly aggressive, I mean, the reality is, they were about to buy, but a kid coulda been screaming, they had something in the oven, it was just that friendly reminder, hey, complete your purchase By focusing in on a simple element like this, which is pretty simple to do, it really does help you maximize your profit margins so you can reinvest some of those funds back into advertising your business, and scale the growth in your business really quickly And finally, if people are opting in, but they're not purchasing it, and you're actually speaking to those prospects, either over the phone or you're teeing up and meaning to sit down with them, but you're not able to convert them in those particular conversations, it's where you need to reassess your current sales structure What is the sales process that you take to that meeting, is it working, what could be fine tuned, and have you actually asked for feedback from individuals that didn't buy, and ask them the simple question of, hey, you know you seem really interested but you didn't buy in the end, was there a particular reason? Did I do something wrong or was there something not on offer that you really needed as part of that consultation or service offering that we're not currently providing that maybe we can provide? I had a sales trainer a number of years ago and at the end of every single day at 5:00 pm

she'd ring me up and say, hey Ben, how many prospects did you ring today? How many sales did you close? What did you do wrong, and what could you improve? She had me keep and Excel spreadsheet of every single one of those conversations, which meant you'd get to the end of the day and if you'd run 30 plus people, you'd have comments, and you might note, my energy was low, or I strayed from the sales process, and I completely went off the rail Or I freaked out in the end and I didn't ask for the actual sale By collecting that kinda data and refining that, that helps everything you do on the front end So any kinda advertising on the front end that you spend, you're really maximizing that on the back end by tweaking little things that you may need to tweak yourself If you run a webinar or you're driving people to an e-commerce page, then this is where you're really going to test certain elements of those pages

Get a least a thousand people visiting those pages, and look at what percentage of individuals are actually making a purchase If you're hitting anything less than 2%, then you need to fix that page And by the way, 2% is a relatively good conversion rate for an e-commerce page or even some kind of sales page, for the webinar or even a video Obviously we wanna hit a lot more than that Intermittently and throughout the year, print off that page, assess it, and ask yourself the question, what else can we do here? Can we add a countdown timer, if someone goes to exit the page can we put an exit popup that gives them a 10% or even a 20% discount to get them to purchase immediately

These are the tweaks that you need to apply in your strategy that will help you build a subscriber base of well over 100,000 Because if you don't fix these tweaks, then it doesn't matter how much you spend on the front end of your marketing campaigns, you'll never make the sales on the back end, that ultimately funds that front end aspect Now, if you wanna see if your lead generation strategy is up for generating a list of over 100,000 subscribers, and converting them into paying customers, take our quick 60 second quiz over at benagelco/listbuilder That's benangel

co/listbuilder In less than 60 seconds, you're going to immediately identify all of the holes in your lead generation strategy so head over to benagelco/listbuilder In the meantime, be sure to subscribe, like, comment, even ask me a question, I try and jump in the comments whenever I can to answer your questions Take care and have a great week